‘Scaling Up’
5-String Major Scale Study #1
‘F’ to ‘F’ Modally with no 1st (High-‘E’) String
By Carl Snow
This is the 1st edition to a series of deep-studies of modal play called ‘Scaling Up’. The 5-string format is nothing new but was reminded to me while watching a Richard Lloyd video, as he was playing F-Ionian this way. I decided to take the old as new and follow suit as it is quite true, and quite understated that the E string (1st or 6th) is or becomes redundant and repetitive in sound and function giving the 1st and 6th strings too much (perceived) power as a result.

We will start in the usual way: beginning at the first fret of the 6th string and move upwards. The removal of the doubled E-string will make you concentrate more on the character and movement of the mode you are working on. We will start in F Major, ‘Scaling’ it modally though all seven degrees. We will begin ‘missing’ the High E and end ‘missing’ the Low E. When we reach the Harmonic-Minor Mode the tab will offer only the ‘lost 1st string method’ as by then you should know the territory quite well.
This exercise is to be played both up and down the neck in equal measure with the realization that the intervallic relationship of 1’s (Ionian) 1st string and 2’s (Dorian) 6th string is constant. 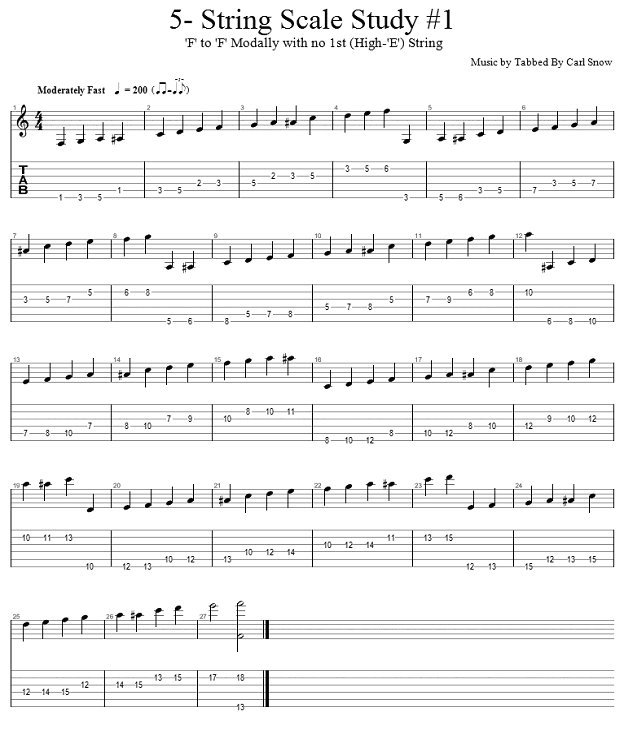 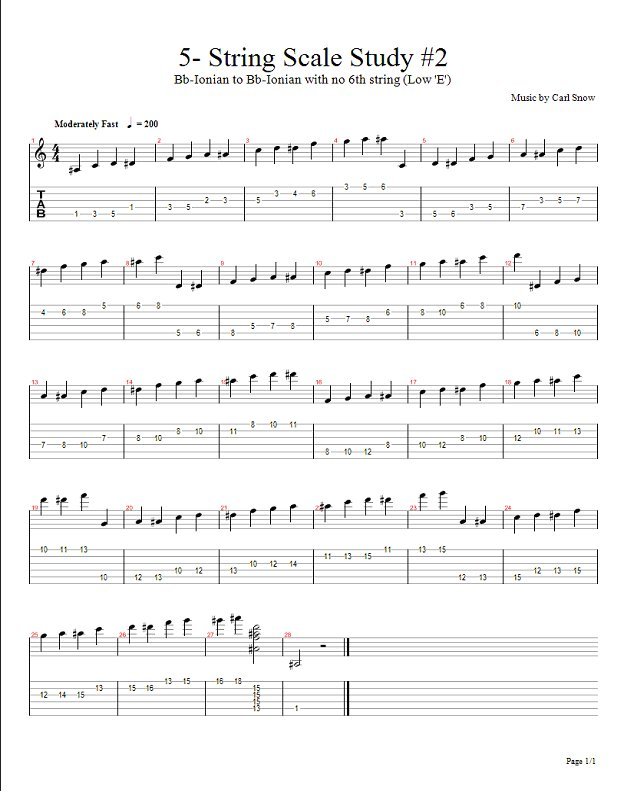 Global Disclaimer :
Carl Snow is an old, jaded & slightly bitter old man who cannot be held accountable for anything, much less his opinionatedly opinionated opinions or those of his imaginary friends. We sincerely apologize if this Carl Snow and/or its behavior have infected you or others with its ugly brain and its juices.