So we're having people ask loads of questions about certain parts of guitars and what they do, instead of having loads of topics being made, I've decided to write up a lesson on it for everyone to understand.

Some of these may be obvious to you, but it might not be to others. 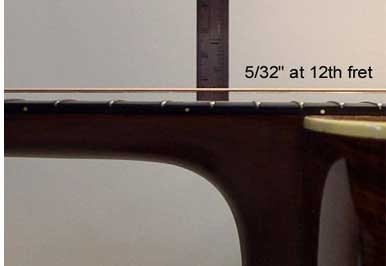 It's mainly possible to move the action on electric guitars, but occasionally you do find acoustics that have a moveable action.

Altered and Open Tunings
The result of changing the tuning of one or more strings from standard EADGBE. So changing it to things like drop D or tuning the guitar to a chord will then be called an altered tuning.

Arpeggio
A broken chord, usually played evenly low to high and back again. Refer to my previous lessons for a detailed lesson on Arpeggios : Arpeggios

Arrangement
The setting of an original or standard tune for a given solo instrument or group of instruments.

Bending
Pushing or pulling a string up or down across the a fret to raise the pitch of a note by a half to full tone or more. Used extensively in rock and blues playing as well as in jazz.

Bridge
The method of supporting the strings on an electric or acoustic guitar.

Capo
One of my favourite tools, a capo is a mechanical barre that attaches to the neck of a guitar by means of a string, spring, elastic or nylon band, or a lever and thumbscrew arrangement. The capo can be used to raise the key of a song to suit a vocalist as well as to lower the action and shorten the string length.

Closed Voicing
The term "voicing" refers to the vertical arrangement of the notes of a given chord. "Closed voicing" places those notes as close together as possible, no matter the inversion as opposed to "open voicing" which spreads the member notes of the chord at larger intervals.

Cutaway
A concave area generally in the upper right bout of a normal right-hand guitar that allows the player easier access to the high frets. I personally love this and prefer guitars with cutaways.

Finger Picking
Playing with the fingernails or fingertips with or without fingerpicks as opposed to playing with a flatpick.

Hammer-on
A note sounded literally by "hammering" down with a left hand finger, often performed in conjunction with a note first plucked by the right hand on the same string.

harmonics
Some peopl efind this really difificult to do. They're chime-like sounds achieved in two ways:
1) Natural Harmonics - by touching a string at any equidistant division of the string length (typically 5th, 7th, and 12th fret), directly above the fret with left hand, and striking hard with the right-hand fingers or pick near the bridge where there is more string resistance; or
2) Artificial Harmonics - touching a string with the index finger of the right hand twelve frets higher than any fretted note and plucking the string with either the thumb or third finger of the right hand.

Headstock
Section for mounting the machine heads or pegs.

Heel
A reinforced section supporting the neck where it joins the body.

Nut
Point at which the strings are supported as they run from the fingerboard to the headstock.

Open Voicing
A manner of chord construction in which the member notes are broadly separated. See closed voicing above.

Pickup
A coil wound with fine wire which converts the sound into electrical signals.

Pull-off
The opposite of a hammer-on. Performed by plucking a note with a finger on a higher note and pulling parallel to the fret to sound a lower note on the same string.

Saddle
The point on the bridge for supporting the strings.

Slide
A plastic or glass tube placed over the third or fourth finger of the left hand and used to play "slide" or glissando effects in rock and blues and other forms of traditional music.

Transcription
To write a piece of music or a solo, note for note, off of a recording.

Transpose
To change the key of a piece of music by a specific interval.

Tremolo
A technique performed with either a very rapid down-up movement of the pick or a pami plucking of the fingers. 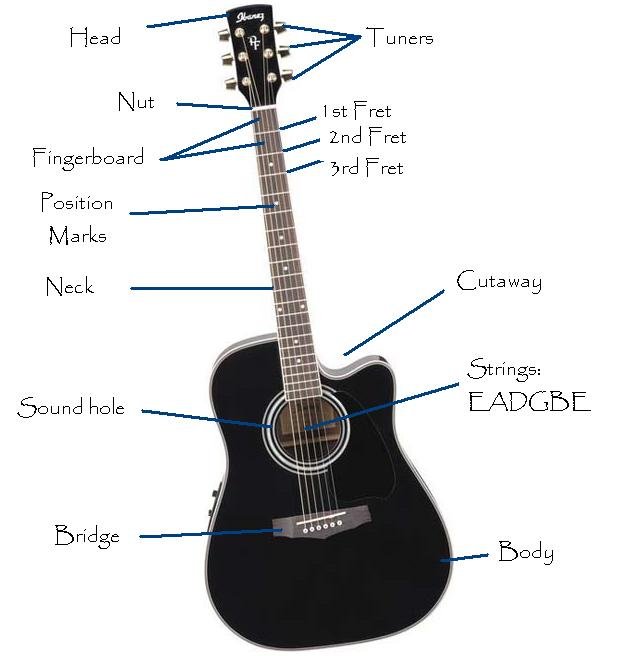 For terms which I haven't mentioned above, you can find them here: