The circle of fifths is a handy tool with a couple of different uses. It organizes the 12 possible major scales into key signature. It also shows how how closely each key is related in terms of how many notes they have in common and can even show you the chords most likely to be used in each key.

Ok lets start by looking at the key of C Major. 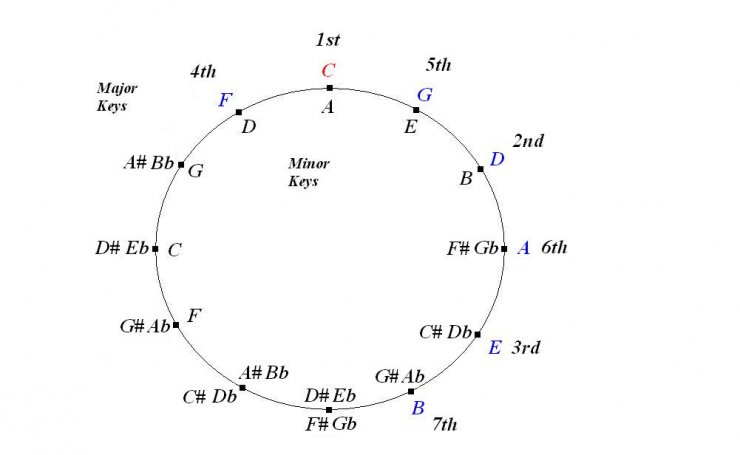 If you look at the circle of fifths you can see the notes in the C Major scale. 1st/C, 2nd/D, 3rd/E, 4th/F, 5th/G, 6th/A, and 7th/B this is the only major scale that contains no sharps or flats (Notice the fifth note in the key of C major is G). Now lets move clockwise to the next key which is G Major.

If you build a scale from the fifth note in the Key of C Major (which is G) you will get the G Major scale. 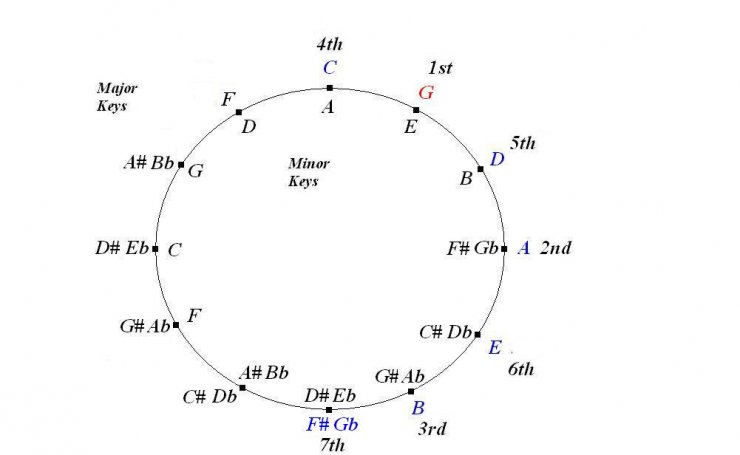 Again you can see the notes in the scale but in the G major scale you have one more # than in the scale before which was C Major.

The point I'm trying to make is that if you build a major scale from the fifth not of another major scale the new scale will have one more sharp than the scale before. If you notice that is how the circle of fifths is laid out.

How It Can Be Used

Another example would be key signatures. The circle of fifths is an easy way to determine how many sharps or flats are in a key. However some keys signatures can be a little tricky. For example the key of F#.

One rule of key signatures is that you can't have two notes with the same letter name. This posses a problem in some keys. Look at the key of F#.

You can see the notes in F# are F# G# A# B C# D# and F, as you can see there are two notes with the same letter name in the key of F# (F# and F). This forces us to use a loop hole. When using the circle of fifths in reference to key signatures sometimes you have to look at the F as E# and in some keys you have to change C to B#. This is simply to make the key fit into a key signature it is still the exact same scale.

Another way to use the circle of fifths is with chord progressions. If you look at the key C Major.

The most common chords for the key of C Major are C Major, D minor, E minor, F Major, G Major, A minor, and B dim. If you notice these are the two notes on ether side of C which are the Major chords, and the corresponding minor and diminished chords on the inside (or minor side) of the circle.

So that's it. The circle of fifths in a nut shell. I think this is a really good tool to learn right along side with the major scale. I am however still learning my self so if I left anything out let me know and I will be happy to ad to the lesson or correct any mistakes I have made.