Major Scale and Modes Within

This is the Major scale and the modes within. For those who don't know the modes...

If you play all of the major scale on the first string you'll see that each note you play is the start of another mode, until you come back to the first note. From this, you'll have Ionian (Major), Dorian, Phrygian, Lydian, Mixolydian, Aeolian (Minor), and Locrian.

If you're not sure how to play it on the first string alone, it's G, A minor, B minor, C, D, E minor, F#diminished.

Remember that every position of the major scale modes plays the exact note all the way through, but in a different position, meaning starting on a different note to make it look like a different scale/position. 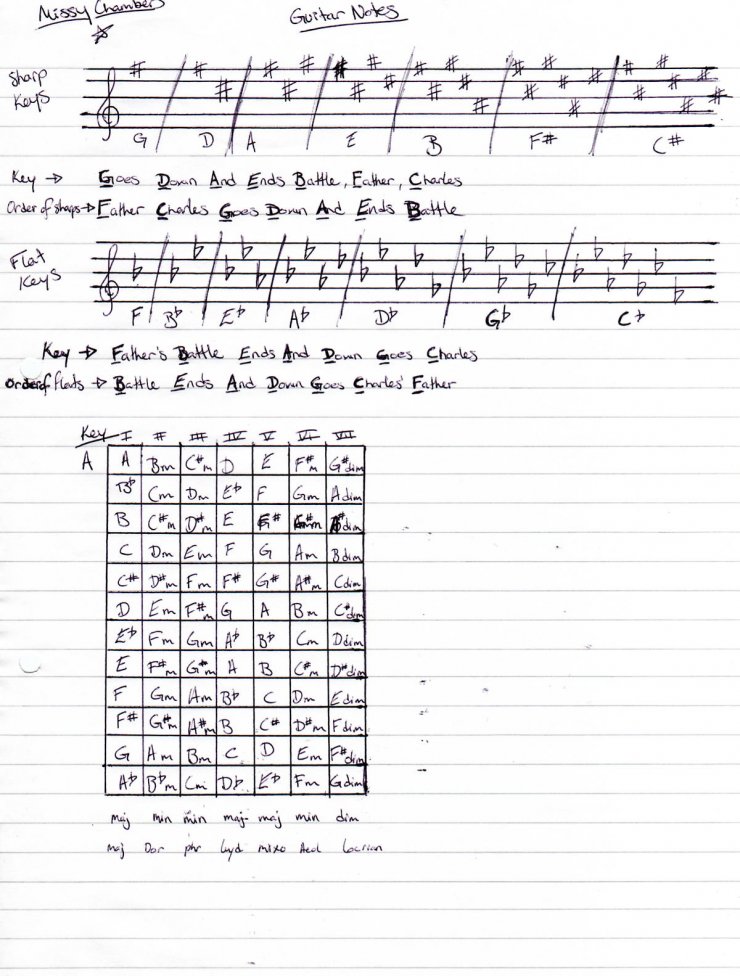 For the actual table... I'm using the roman numbers on the top. The I is the first note in the key/scale, which I hope you all know. If not, learn now! :D

This is really important to know, people. What you should understand with my little table here, is that underneith I've stated the Major scale and modes. I've also mentioned what style they're under.

Just incase you can't see it...

The reason why there isn't an 8 (VIII) is because that is the octave. The first note but higher up. 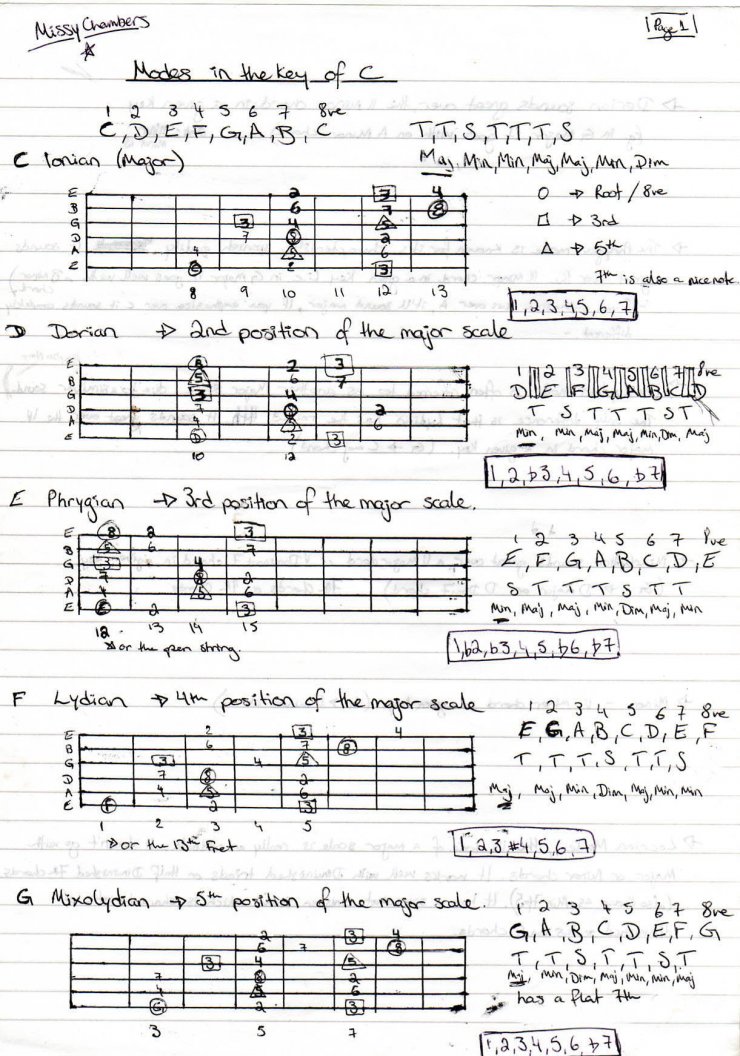 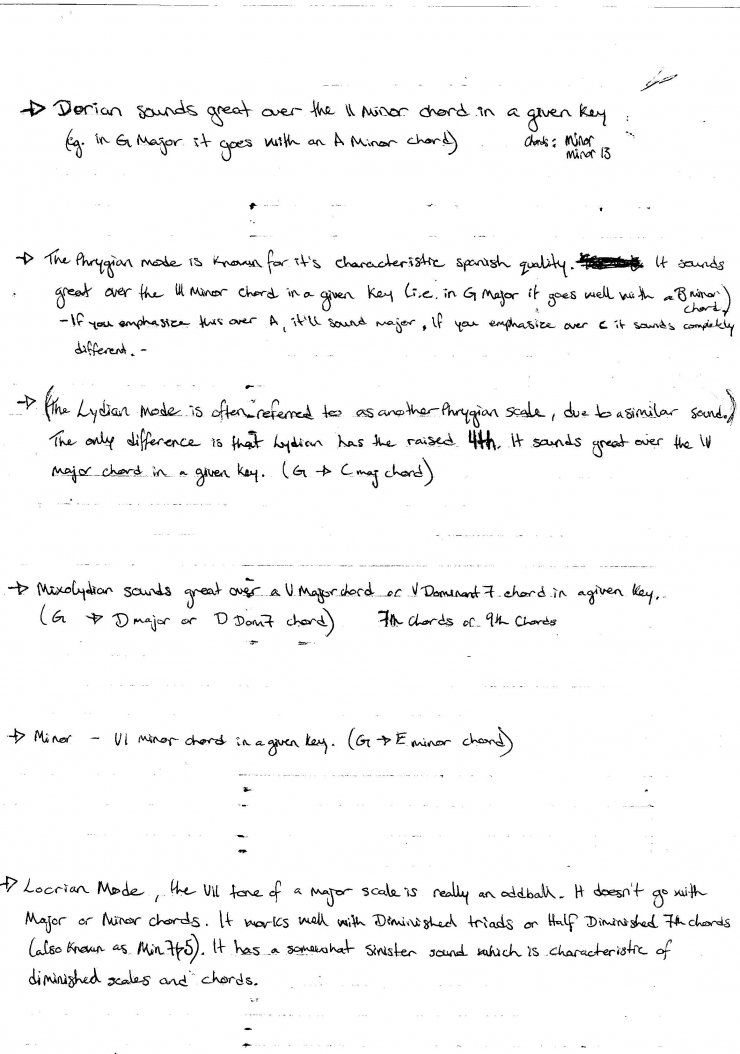 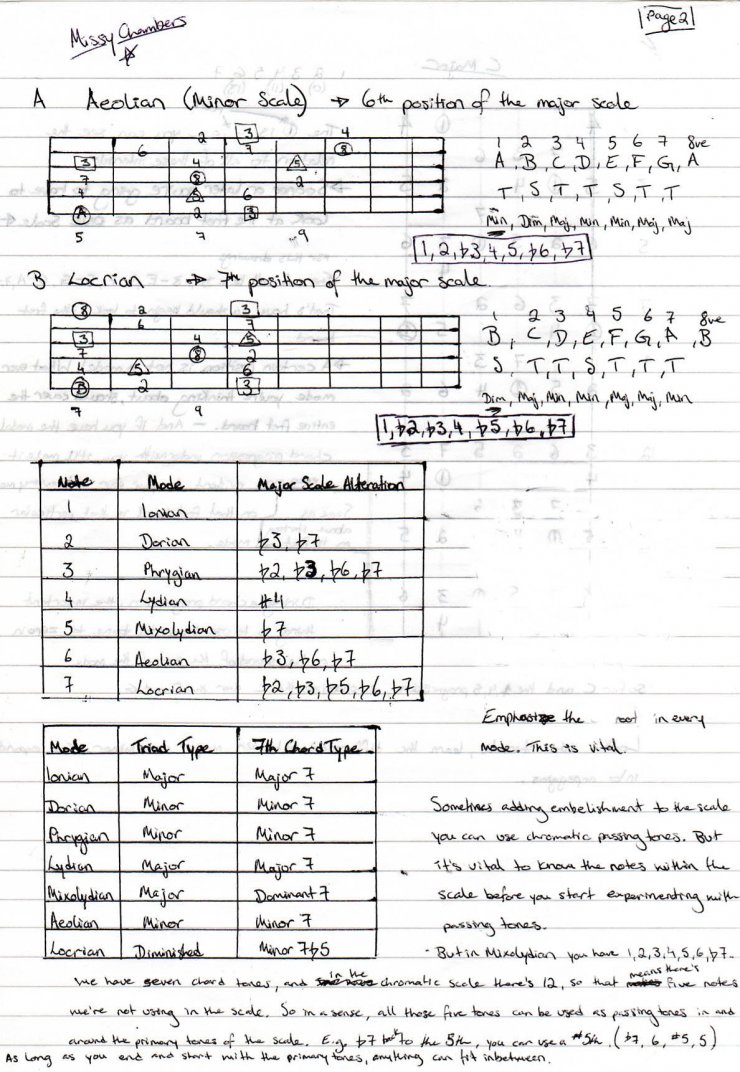 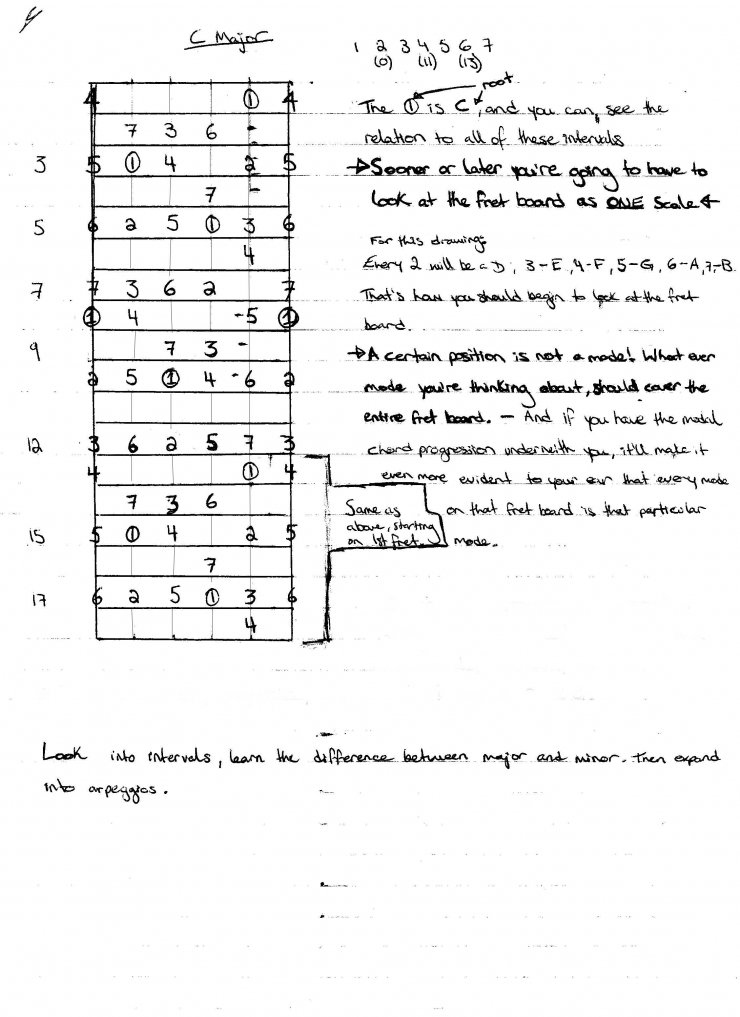 Alright, when i say to look at the scale as one scale along the fret board, you DO NOT have to do that. I look at it a different way now. I see it with multiple values now. E.g. when you're improvising around the minor scale, it's also possible to play the melodic minor, the blues, minor pentatonic, harmonic minor, etc. This makes it more fun to improvise, also adds more possibilities while going outside of the original mode.

If this is still too difficult, picture the major scale on top of these modes and compare. The modal positions are just an alteration of the major scale. But it's still using the exact same notes in any mode (of that particular key).

Arpeggios are just chords. In time you'll be able to relate chords and arpeggios into the scale. They are bascally the sweet notes of the scale. Root, third, fifth and seventh are the most common arpeggios.

Send me a comment if you're stuck with something, and I'll gladly help out.